The state of safely reopening amid COVID-19

Ready or not, states are moving ahead to re-open and workers are returning to their places of employment. Understandably, many American workers are concerned about personal safety and what it means to get back into the workplace and be alongside their co-workers.

Some workers may be outright worried about returning to work, especially those who have developed a  sense of security from being at home in a controlled environment for weeks.  No one wants to contract or spread the virus, but how are life science firms to balance the safety concerns of workers with the lifting of the stay-at-home bans. It is an important consideration for companies in the science and technology industry who may have staff working in various environments: office, laboratory and/or production facilities.

States are moving forward with phased business re-openings, some slower than others. The good news is COVID-19 curve is on the downside now and summer–and its warmth– is fast approaching. All good signs the tide has turned in the battle against SARS-CoV-2 and that the trend will continue.

Things are also looking up for having vaccine sooner than later. The global vaccine pursuit has now been described as “an all-hands-on-deck moment in the science of vaccinology” as noted in a recent GEN article entitled “Race for a Corona Vaccine”. As such, several developers are already in clinical trials with hopes to push out a SARS-CoV-2 vaccine by year’s end.

But, at the same time, the possibility of contracting the virus is scary, even to virologists. From the same article citing Björn Meyer, PhD, a virologist who specializes in the study of RNA viruses at Institut Pasteur in Paris, the article continues “. . . because human populations have no immunity to the newly emerged coronavirus, time is, necessarily, of the essence.  . . . The speed at which SARS-CoV-2 is able to spread is remarkable”. And when remarking about the way it is spread between humans, Meyer states “ . . . [humans] transmit it simply by droplets produced during breathing and coughing.”

So, it is a heavy responsibility—this idea of welcoming staff back into their workplaces.

Whether workplace reopening is now or later does not matter, the eventuality itself brings on a lot of questions in the minds of our industry’s business leaders. How are life science firms thinking about the practical aspects of reopening?  More importantly, many workers may be pondering ‘Will management step-up to the responsibility of minimizing the inevitable risk of an outbreak here at work?’

In need of a plan

Even as the diagnostics industry leads the development of fieldable tests so that those infected can be quickly identified to minimize the risk of exposure to others, the solutions for mass testing are not quite in place. In fact, general testing for the proactive identification of asymptomatic workers is not a tool in the employer’s toolbox right now.

Since frequent testing of all staff is not an option, now what? Employers could just mandate staff to socially distance, adorn PPE attire, and improve disinfection processes to adapt more stringent cleaning regiments. But, is that enough? Well, the more important question may be What insights can be gleaned about the study of the SARS-CoV-2 spread that can inform the employer’s plan getting workers back on site?

Practically speaking from a scientist point of view, it is important to look to what the data says. Leveraging the knowledge gained about SARS-CoV-2 spread may be a better-informed way to build the plan. Knowing the data can logically inform next steps.

Looking to the science

Knowing answers beyond the ‘What is it?’ will go far to inform. To start, getting answers to more specific inquiries about the viral spread will be vital. Getting to the who, when, where and how the greatest risks emerge is the focus. This precipitates the inquiry, What is the reality of SAR-CoV-2 viral spread?

Likewise, other sobering questions may be on the brain of life science business leaders as well. What is known about where the SARS-CoV-2 lingers on surfaces? What does the epidemiological data tell us about how it is spread? What contact conditions pose the greatest risk? Answers are out there, but–no joke– they can be frightening, even among those who understand the biology and seek to get out the word about the risks.

“The COVID-19 case data supports the conclusion,” announces Dartmouth Professor, Dr. Eric Bromage, who spells out in his recent blog post, The Risks-Know Them-Avoid Them.  The post spells out the detail of much of the SARS-CoV-2 spread risk. The take-away message (i.e. conclusion) for the personal dangers of reopening as he sees it is “Any environment that is enclosed, with poor air circulation and high density of people, spells trouble.”

Dr. Bromage continues “we find that the biggest outbreaks are in prisons, religious ceremonies, and workplaces, such as meat packing facilities and call centers.

Some of the biggest super-spreading events are:

In the call center case example of workplace outbreak, Bromage emphasized the importance of exposure and time of SARS-CoV-2 viral spread of the workers where a single infected employee came to work on the 11th floor of a building with 216 workers. In a week’s time, about 44% of those people became infected, infecting those predominantly clustered on one side of the office space only.

Bromage pointed out “Interestingly, even though there were considerable interaction between workers on different floors of the building in elevators and the lobby, the outbreak was mostly limited to a single floor” He wraps up by saying, “While exact number of people infected by respiratory droplets / respiratory exposure versus fomite transmission (door handles, shared water coolers, elevator buttons etc.) is unknown. It serves to highlight that being in an enclosed space, sharing the same air for a prolonged period increases your chances of exposure and infection.”

Next steps, the plan

One thing is for sure, SARS-CoV-2 is here to stay and reopening the US economy is happening.

Being better informed to understand the true risks as to how SARS-CoV-2 outbreaks occur could be quite frightening, and paralyzingly so.  But, a well -thought -out -workplace -plan can go a long way to avoiding such an outbreak.

It is a good time to map out or refine the workplace-return-to-facility plan that focuses on the enclosed spaces where workers are sharing the same air over time. For lab and production workers already distanced and attired with PPE, shift work may be a safer option. Alternatively, segregating these workspaces into new areas where air is not shared among the workers can increase safety.

The virus brings much risk, but a good workplace-return-to-facility plan that takes account of how the virus spreads can make a huge difference in mitigating outbreak risk. And hopefully, such a plan can ease feelings of worker uncertainty. Well, at least until we solve the longer-term challenges of unleashing a SAR-CoV-2 vaccine and the point-of-need tests our industry’s intent is to resolve ASAP. 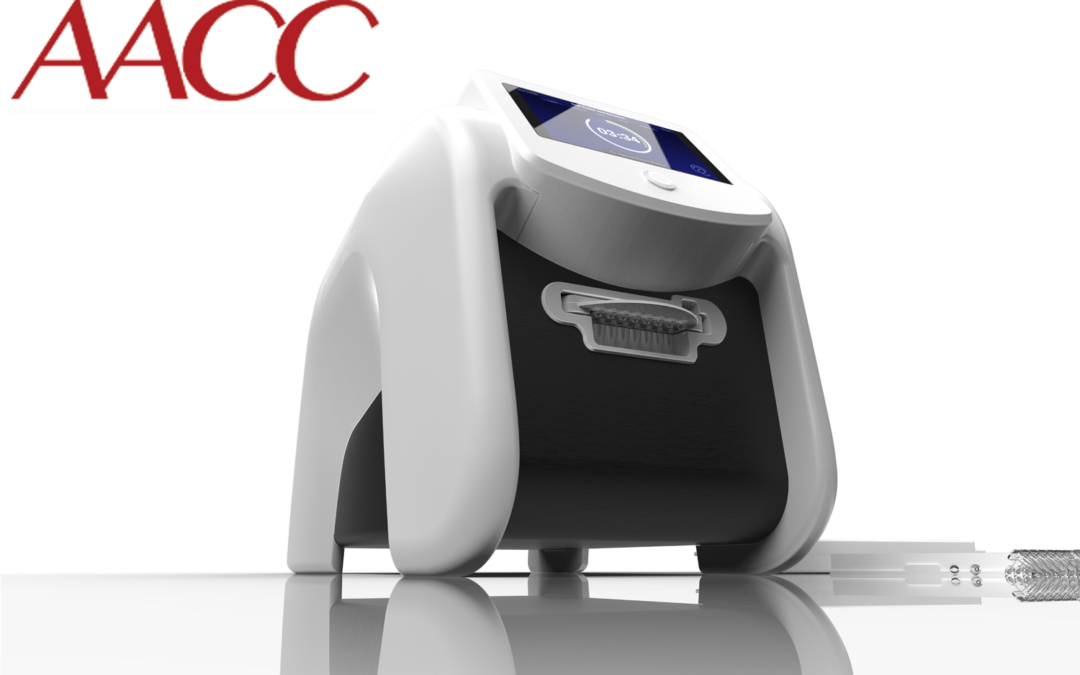 The 2022 AACC Clinical Lab Expo is happening July 26-28th at the McCormick Place Convention Center in Chicago, IL. Redbud Labs is exhibiting at booth #4048 and will showcase the NAxtract platform and cartridge consumables.